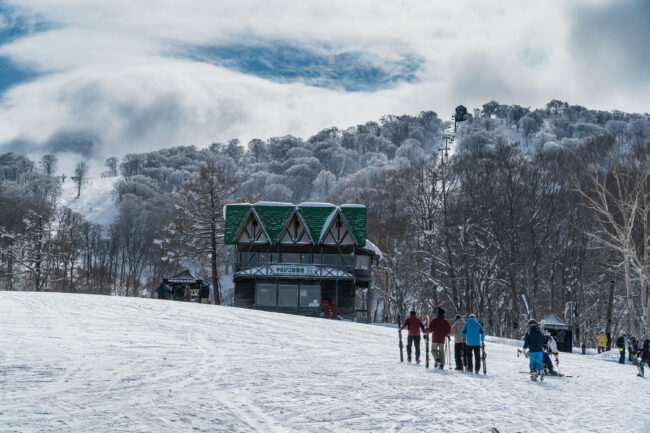 Book Now Nozawa Onsen Sunday Slide back to early January this year. A beautiful snow filled day riding the Yamabiko 4 lift in Nozawa. You will be able to access this lift a lot quicker and easier this season when the new gondola drops you to a higher spot and you can ski down to the lift. No more skating across. Just 20 days now until the lifts are set to open in Nozawa. If you are in Japan and keen to get up for a ski holiday this year jump on the site and make a booking https://www.nozawaholidays.com/bookings/ Plenty of days like this ahead  やまびこ4リフトに乗って、雪に覆われた美しい山での一日を過ごしませんか。 野沢温泉スキー場の新ゴンドラがオープンするまであと20日。この新ゴンドラの最終駅は、以前のものよりも標高が高い場所あります。その駅からやまびこ４リフトまで簡単に滑ってアクセスすることができるようになります。  この映像は今年の一月のやまびこ４リフトです。こんな日がまたたくさんやってきます。 この冬の予約はこちらからどうぞ https://www.nozawaholidays.com/bookings/ Book Now Nozawa Onsen School holidays are just around the corner […] 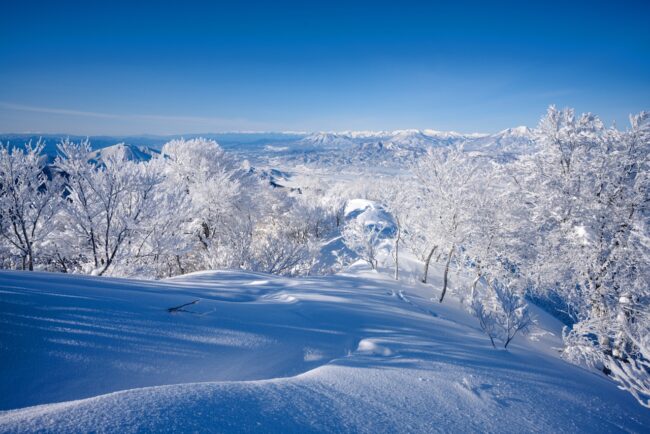 Early Snow Nozawa Japan Christmas may come early for Nozawa  Check out the forecast for the top of Nozawa over the next few days!  Winds swinging to that favourable Northern West bringing on a little Siberian snow storm. Temps are dropping down to as low as -5 degrees and over 30cm of beautiful fresh snow expected!  Early Snow Nozawa Japan The “Magic Foot” in early November! The resort may need to reconsider the December 12th opening. If in Japan and keen to get up for what is shaping up as an epic season jump on the site to make a booking. If can’t make it this season it is a good time to book for next season as things will […] 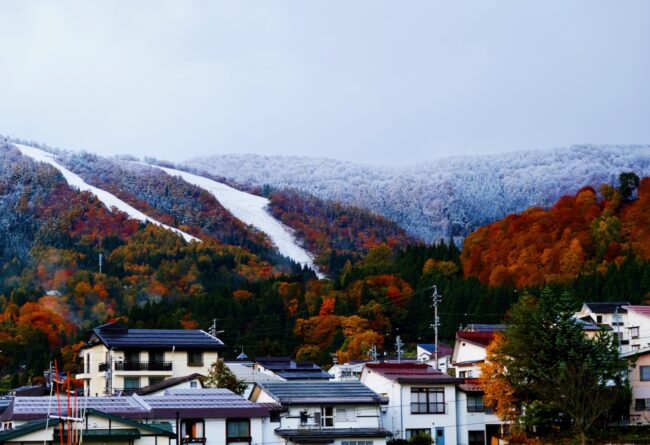 First Snow Nozawa Village Snow glorious Snow for Nozawa  As forecast we got brushed with a good little dump of snow in Nozawa last night. It snowed all the way down to the village and as can see from the photo has settled just above town on Kandahar Race Course. The fresh white coat always looks amazing when contrast against the reds and golds of Autumn.  Hard to tell how much we got up top but reckon over 10cm. The web can from Yamabiko looks that way, just not sure all the cams are on line yet https://nozawa-onsen.com/nozawa-webcams/ First Snow Nozawa Village Anyway no doubt a few hard core keen locals will charge up the mountain for some fresh early […] 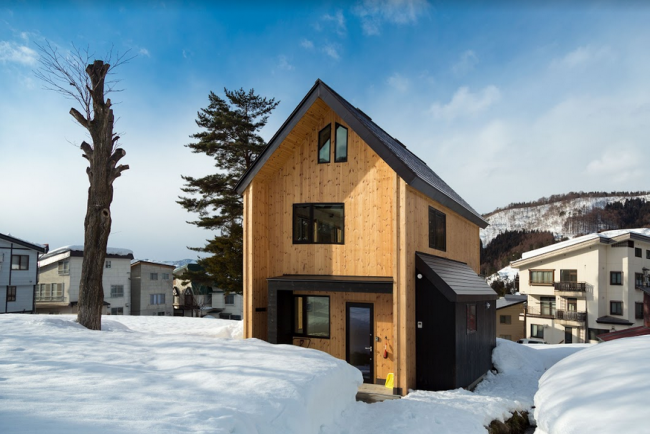 Rent House Season Japan Rent House Season Japan Imagine living in Nozawa Onsen for the entire season in your very own Chalet. With the world turned on its head leading into this season, this year may be your chance. With travel restricted it means there will most likely be very few overseas guests in the village this year, so a lot of accommodation options they would usually fill have become available at a fraction of the regular price. You can get a beautiful wooden cabin like Harvest House for the whole season for less than half price. For around 140,000 Yen or about $1850 a week it could be all yours. Normally it would be 455,000 Yen a week in […]

This is Japan Skiing Japan you will be back! -This is Japan Skiing Great little clip by Mattias Evangelista made about 4 years ago from a few of his visits to Japan. Lots of footage from Nozawa Onsen the village and slopes as well as nearby resorts like Shiga Kogen and Myoko Kogen. He states on the film “I’ve spent the last two January’s skiing and traveling in Japan. This is a place unlike any other. A place where old meets new, where tradition clashes with modernization and where beauty meets chaos. What’s left is a culture so rich and diverse you have to see it to believe it. This is Japan.” Unfortunately unless you are in Japan it is […] 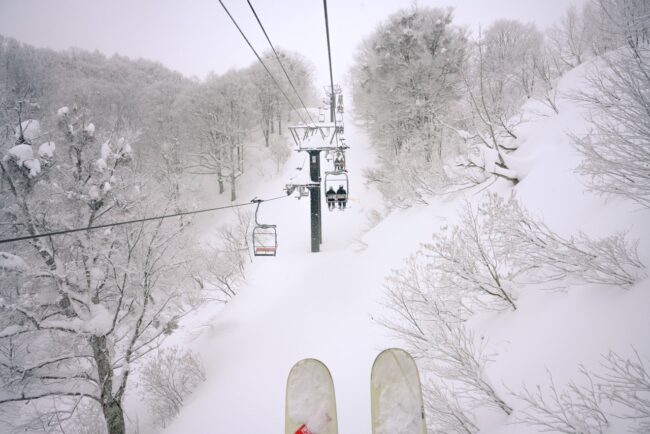 Book Now Nozawa 2022 Always a Chair waiting for you in Nozawa Welcome to “Flashback Friday” from Nozawa Onsen. This shot from February just gone, not one of our best seasons but we still had some amazing days on the mountain. The long range forecast is for better than average snow fall for the coming season. Which usually means a lot of snow in Nozawa. Realise if you are not in Japan it is going to be hard to make it but maybe a late season run if borders open up. Otherwise bookings are open for 2021/22 Season and filling fast with most people transferring from this season. Often for Nozawa you need to book a year in advance anyway […] 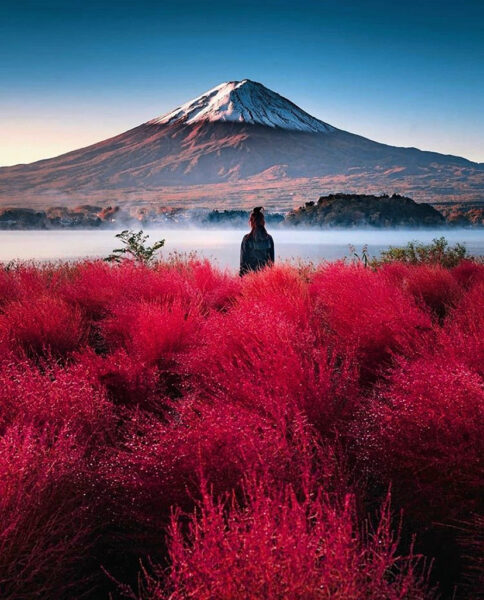 Autumn Hiking Nozawa Japan Autumn in Japan is something special  Excitement is building around the pending winter which is just around the corner. Winter is an amazing time of year and definitely the time we get the most guests. But let’s enjoy the amazing beauty of Autumn first.  Japan is an astounding 70% mountainous so there are so many terrific hiking locations including Nozawa Onsen. On those colder days nothing beats an Onsen soak at the end of the day too.  This shot of Mt Fuji really encompasses the beauty of Autumn in Japan  Photo  @yako_flpr3 arigatou gozaimasu  Check out more on Autumn in Nozawa here https://www.nozawaholidays.com/nozawa-onsen-summer/shin-etsu-trail-hike-nozawa-onsen/

Nozawa Season Opening Dates Lots of news coming out of the Nozawa Onsen ski resort this week. The opening date for the coming season has been announced. Drum roll please…  – Saturday December the 12th 2020. So a little later than usual but not such a bad thing. It will give them a bit more time to complete the new Gondola and also mean there is a greater chance of enough snow on the slopes. Over the years we are generally open by December the 10th. Sometimes earlier and sometimes later.  They have also set the closing date to be a little later this year being Sunday May the 9th 2021. So after the end of Golden week which was […] 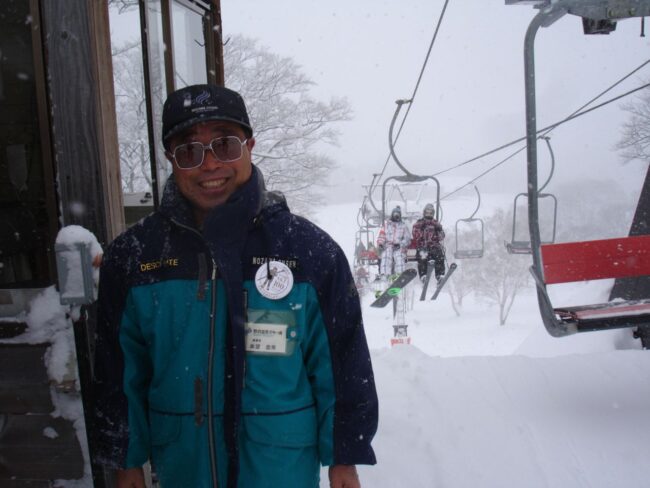 Nozawa Season Pass Sale Season Passes on Sale in Nozawa  A new gondola going in and you can get a season pass for almost 10,000 Yen cheaper than last season! The Ski resort is offering a special sale to commemorate the opening of the new Nagasaka Gondola this season.  Purchase your season pass in October and save the equivalent of about 15% on your season Pass! Thought lift passes may go up this year due to the major investment in the new Nagasaka Gondola but looking at last season pass prices and they have only gone up by 500 Yen for this season. Last year an Adult Season Pass was 67,500 Yen. Here is a link to details; Lift Pass Prices Nozawa Here are the rates for this coming season. […] 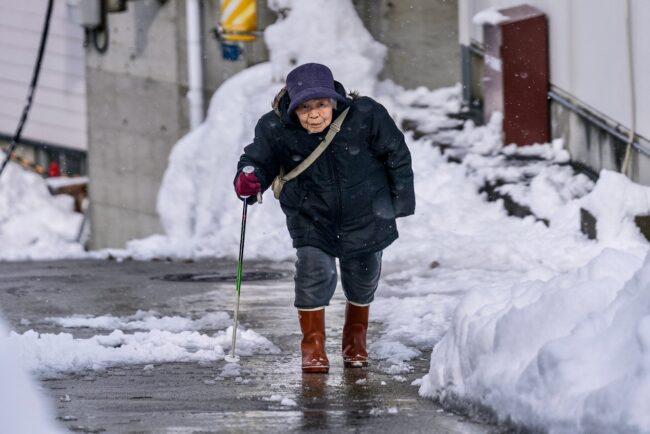 Long Life Nozawa Nagano People live long and well in Nagano    Big weekend in Nozawa as tomorrow is a public holiday to celebrate “Respect for the Aged Day”. It is a day to express respect for the elders in the community, and to recognise and thank them for their contributions to society and last but not least, celebrate their long lives. Nagano is now recognised as one of the places that people live the longest in the whole world! There are perhaps a few reasons for this however it all stemmed from about 30 years ago when Nagano had a high level of people having strokes from too much Salt in all the pickled vegetables they ate. The local […]