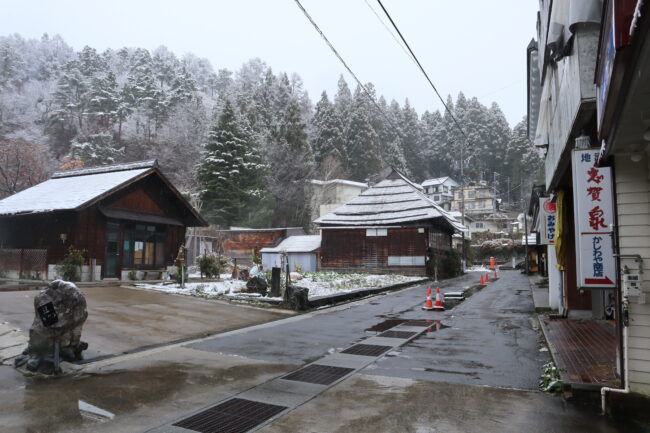 First Snow Nozawa Onsen It’s day two of winter in Japan and the morning has brought fresh first snow Nozawa Onsen! Since 11 o’clock this morning, our favourite winter sight has been falling from the sky, dusting Nozawa Onsen in white. The morning started with a blue sky and sunshine peaking through scattered clouds but as the day rolled along, dark-grey cloud cover descended on Nozawa Onsen. It’s the first snow in the village of the season. Fingers crossed this is a very good sign for an epic winter to come! Usually, on average, it’s the third snow of the season that sticks around so we are now on our way. The resort is making the most of the freezing […] 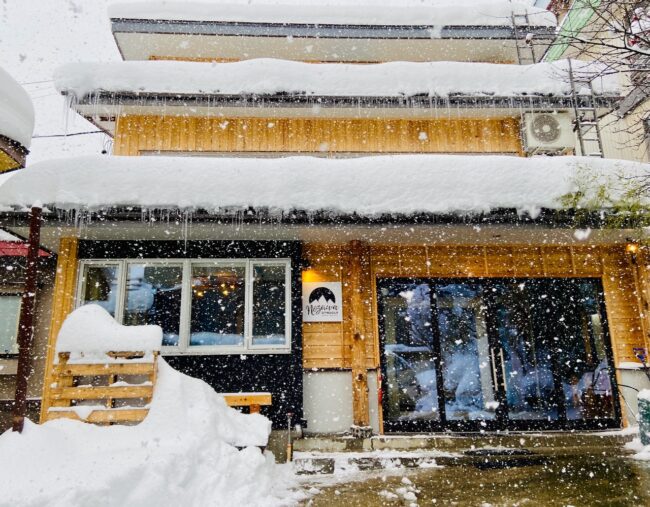 Places to stay Nozawa The 1st of December and the first day of Winter in Japan  We are waking to a dusting of snow up top at Yamabiko and on the surrounding higher peaks. Checking the web cams and the resort has the snow guns blasting away up there too. With about 20cm expected in the next 24 hours I wonder if they are quietly hoping they may get open on Saturday.  It will be a stretch but you never know we may get more than forecast, it has happened before 🙂 Looking ahead and temps will remain reasonably cold up top sitting below 0 degrees most days with snow marks here and there.  If planning a ski trip to […]

Resorts Open Early Japan Harvesting the Veggies in Nozawa before they end up in the cool room.  We have had some beautiful sunny days lately and as always helpful with getting work done before the season starts. Conditions look set to change from tomorrow afternoon with a West/ North West wind change dropping temps by over 10 degrees and taking the freezing level down.  Resorts Open Early Japan Rain up top will turn to snow and a decent fall forecast for Friday night. Not sure it will be enough to get the lifts turning but with cold temps they can no doubt get the snow making happening too. Stay tuned it is early days.   Resorts currently open in the […] 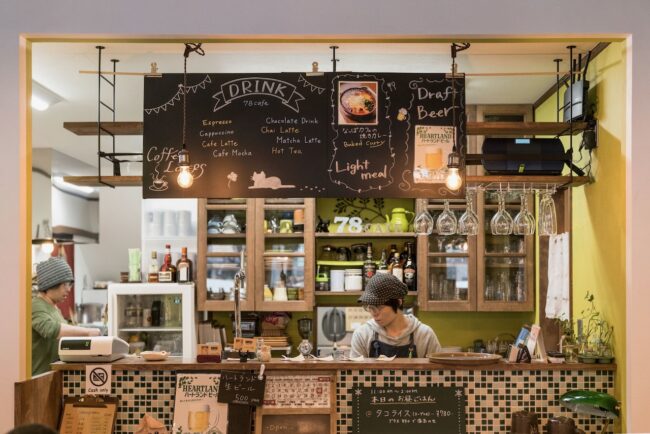 Best Coffee Nozawa Onsen Getting your morning fix in Nozawa  Where is your favourite Coffee in Nozawa? Cold Winter, Hot Coffee or if prefer Hot Chocolate. They kind of go hand in hand and nothing better to warm the soul than a hot brew on a snowy day. For years it was hard to get a good cuppa in Nozawa and I remember people begging us to get a decent coffee Machine. So we did, about 10 Years ago I am guessing, we put it at Nozawa Central and it was the first espresso machine in town.  As people’s love of coffee grew in Japan and around the world Nozawa followed and before long there were plenty of places to […] 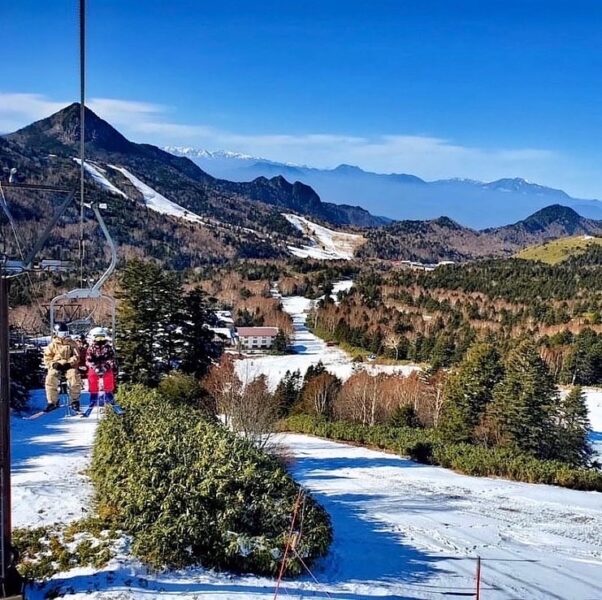 Shigakogen Open Season 2022 Our neighbours have started skiing in Shiga Kogen!  Yokoteyama the highest ski resort in the area at nearby Shiga Kogen has officially opened on the 18th of November. The bottom of the resort is at 1750m above Sea Level and the top at a lofty 2305m so they tend to get more snow and colder temps in the early part of the season.  Conditions are still marginal and looks like they have been using the Snow guns to make some extra snow but that fall last week was enough to give it the green light. Eager skiers and boarders turned out on mass yesterday to enjoy the sunshine and first tracks for the season.  Shigakogen Open […] 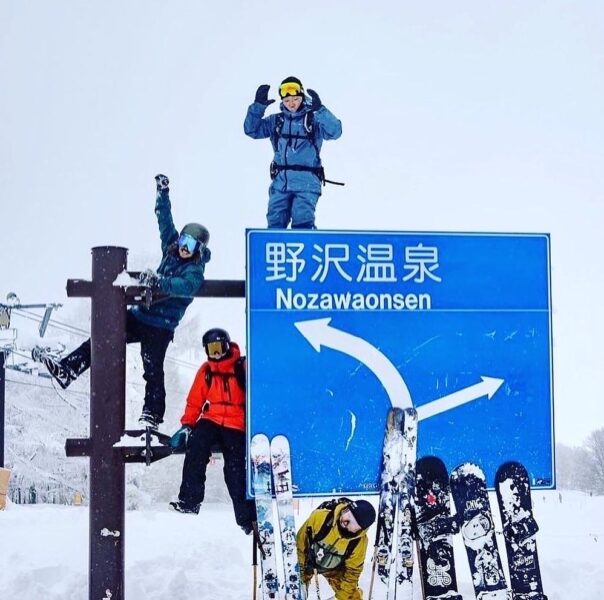 Snow Depth Nozawa Onsen It is amazing what snow depth we get to in Nozawa Onsen Ski Resort in Japan Keep your eye on the road signs in Nozawa  The below shot is after the first snowfall of the season a few days ago with about 15cm falling from reports. The above shot is peak season after about 12 meters of snow falling in total. The peak base last year up top was 480cm on the 23rd of February 2022.  So that sign sits at about 5 meters above ground level. That’s the equivalent of almost 3 grown adults standing on each others shoulders. So we still have a long way to go but will be interesting to see where […] 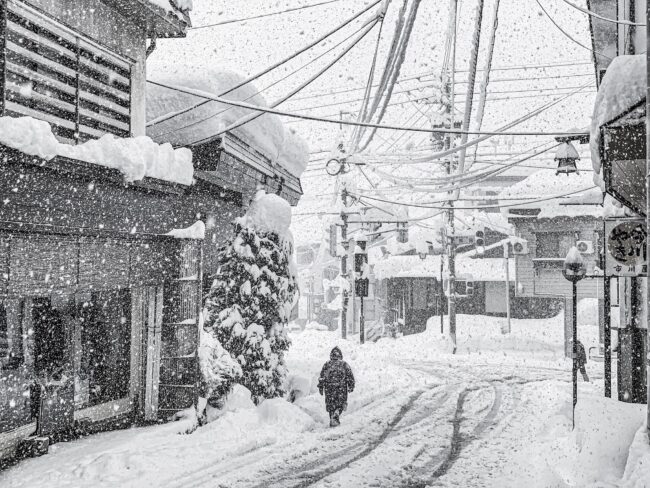 Nozawa Do Not Skiing 10 Things to do in Nozawa if don’t Ski or Board  If the rest of your skiing family has chosen Nozawa for your Ski Holiday destination then you are in luck. Unlike many ski resorts around Japan and the world, Nozawa Onsen was a working village for centuries before it was discovered all this snow was good for something.  Nozawa has a rich history and unique culture with temples, onsens, quaint streets and amazing restaurants to explore. You can also do some amazing day trips to surrounding areas and discover some amazing sights, sounds and tastes.  Here are a few cool things to do if you are not a skier or just want a day of when […] Courier Service Nozawa Japan The Journey is inevitable. Baggage is optional Have lots of people contacting us asking if can send their bags up to Nozawa when arrive. The Answer is yes! The Courier service mainly handled by a company known as Black Cat or “Kuro Neko” is next level. They will get your bag from A to B in Japan in no time and at a very reasonable cost with pure Japanese efficiency.  I once sent a bag from Tokyo at 7pm and it arrived in Nozawa at 9am the next morning. I would have struggled to get it there any quicker myself! It only cost 1500 yen too. All Airports in Japan have a “Takyubin” counter where the […] 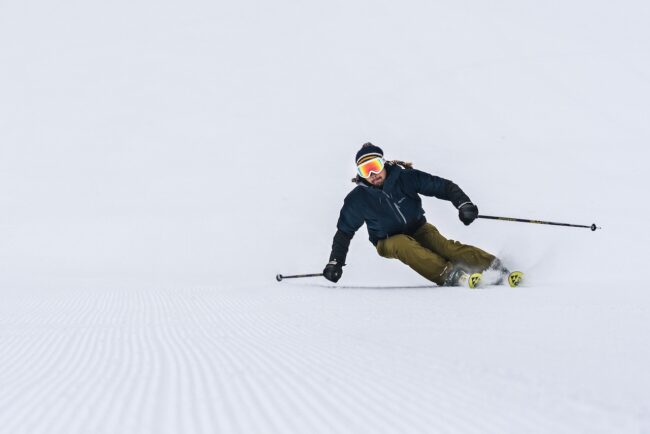 Ski Course Nozawa Japan Who wants to improve their Skiing or Snow Boarding skills? Ski and Board Improvement courses in Nozawa  Work on your Parallel Turns and Apres yarns with one of our awesome improvement courses this coming season in Nozawa. Join a group of like minded people to enjoy a week in the snow and hone your skills at the same time. Whether board or ski we are running 3 courses this season in December, February and March.  Ski Course Nozawa Japan 7 Nights Accommodation, breakfast, 6 days lift passes and 4 hours a day of instruction all included from just 133,000 Yen or about $1435 per person. Great value and sure you would get a lot out of […] 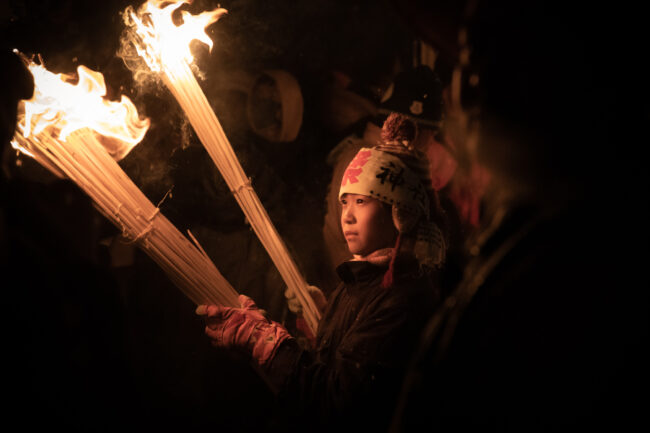 Accommodation Nozawa Fire Festival The Nozawa Onsen Fire Festival  Who has seen it?  Let us know what you thought it was like. The Fire Festival is a spectacle which needs to be seen to be believed. It is held on January 15th every year to pray for a plentiful harvest, health and good fortune in the coming year. The festival dates back to 1863, and has a rich and colourful history in Nozawa Onsen.  During this festival the twenty-five and forty-two year old men from the village play a very important role. An old belief in Japan dictates that, for men, these years are unlucky ages. The men of the Village construct the shaden (shrine) from beech wood on the […]