Base at top: 90 cm
Temp at Top; -9 Degrees
Base at Uenotaira 80 cm
New Snow since close: 5 cm
Weather; Snowy! possible sun in the afternoon

Yesterday was an epic day out on the slopes. We received 35cm of fresh snow followed by blue skies from the late morning onwards. Everyone was out to get first tracks but even by late afternoon there were still some awesome lines to be found.
This morning we woke up to be rewarded with more of the good stuff. Snow has been dropping from the sky for the past few hours this morning and we’re currently sitting on 5cm of the fresh stuff. Lifts and gondolas will be opening 30 minutes earlier than usual today, tomorrow, January 2nd and january 3rd during the busy period of Japanese school holidays.

Unfortunately the whole resort isn’t yet open, but more runs are opening each day with this new snow falling. There will be a smaller dump coming in tomorrow afternoon too hopefully, so best to keep the powder skis handy!

Ski Courses that are open: 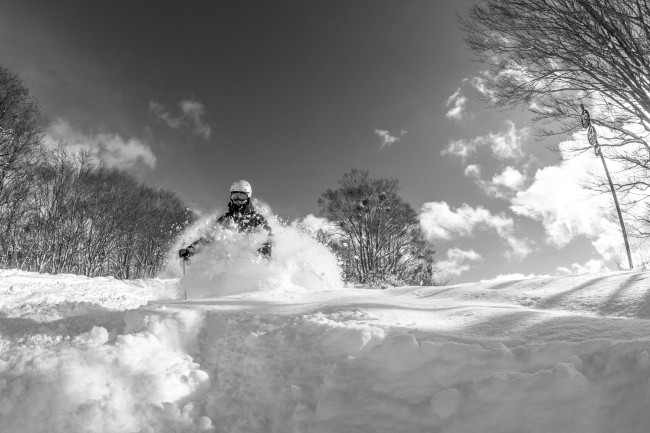