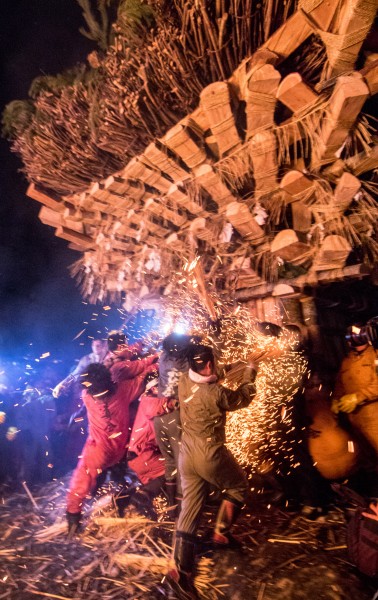 What a great success. The Fire Festival, one of the yearly highlights at Nozawa Onsen took place last night and brought hundreds of locals and foreigners alike. The festivities began a couple of hours after finishing up a beautiful day on the slopes, and continued late into the night. The blue skies turned into a clear and cold night, filled with light and smoke.

For those of you who’ll be up on the slopes today, there are a couple centimetres of fresh snow on the pistes and more will be coming down throughout the day. We’re expecting some good snow to start falling soon, particularly on Monday and Wednesday. Winds will be strong mid next week so it would be wise to layer up, windchill will be reaching -27 degrees.

A big thank you to everyone who made the Fire Festival possible, It’s a spectacle each year and something that everyone will remember! Arigatou Gozaimashita 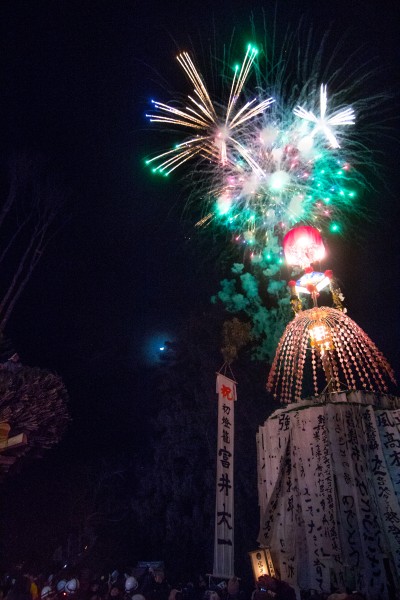