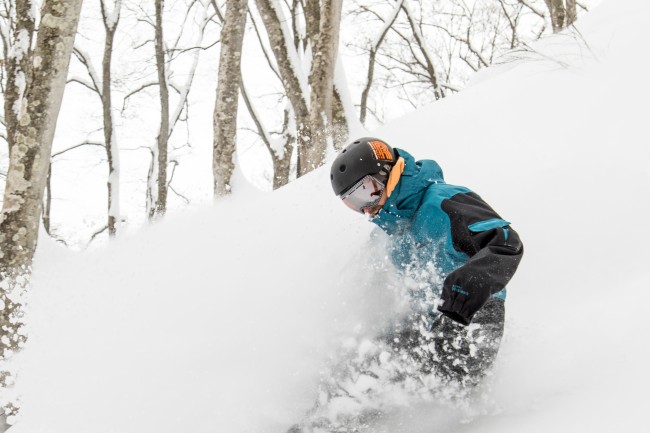 It’s becoming a recurring trend in Nozawa for snow to dump overnight, with skies clearing the following day. Yesterday we woke up to just over 20cm of fresh snow  with the sun breaking through some of the clouds by nine in the morning. Our base is currently at 155cm, quite a bit less than usual for this time of year unfortunately, although there is still loads of fun to be had out there as you can see from the photo.

We received a couple more centimetres early today just to refresh the pistes, with the chance of some more snow falling later on. There should be light snow falling tomorrow too; enough to keep the slopes fast and soft. Temperatures have dropped back to what we like to see. We’re looking at about -8 degrees for the day with mild winds. Enjoy the snow today and keep an eye out for Billabong pro snowboarder Tadashi Fuse who may be around the resort today!

Most courses are planned to be open, the following are not currently open: