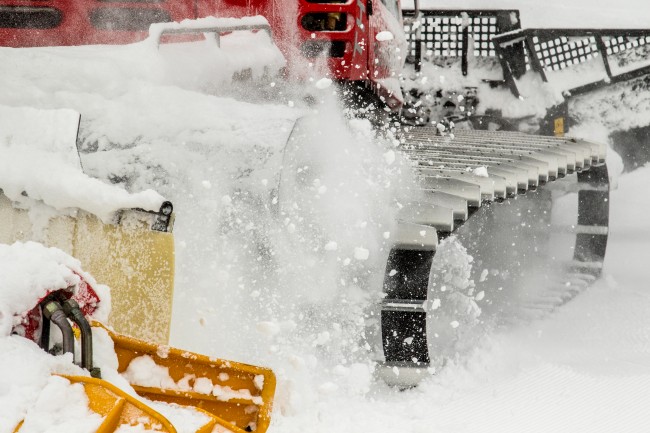 There are some big snowflakes falling on Nozawa right now. They’re nice and fluffy, and it almost looks like they’re falling in slow motion. Though today’s snowfall won’t be a big dump, we’ll still be getting a nice top up for the resort. We should see snow falling throughout the day getting slightly heavier in the afternoon. Winds have picked up a little bit so the windchill factor is down to -20 degrees. Stay warm up there! We’re loving these colder temperatures… the snow’s staying fairly fresh and the groomers are still nice and fast — no slushy snow!

It looks like we’ll be getting a similar snowfall tomorrow with calmer winds, and then a heavy dump in time for the weekend. We can’t say exactly how this will play out, but at least we know there’ll be some snow on its way. Fingers crossed it goes in our favour!

Most courses are planned to be open, the following are not currently open: