Uenotaira after the last light snowfall, should be looking similar today! 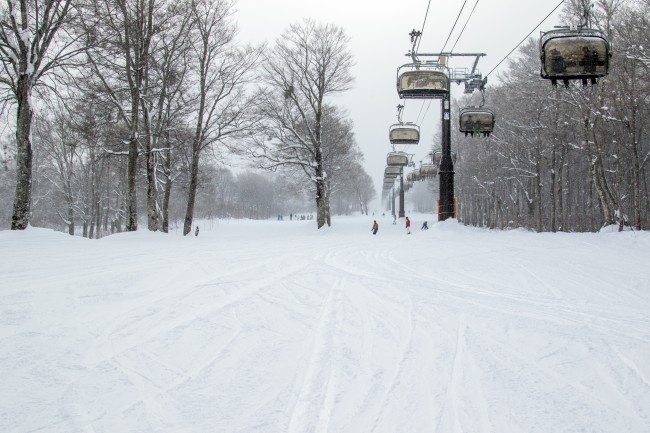 It’s great to see some snow falling here in Nozawa! The pistes had been suffering a little with warmer temperatures and a lack of snow, though we’ve received 6cm of fresh up the top of the mountain. Light snow is still falling right down to  the village so hopefully we see some more accumulating.

Temperatures are set to rise a little tomorrow with some blue skies expected. It should be a beautiful day up on the hill with little wind and no crowds. Today is a public holiday for the Japanese so it may be a little busier than usual on the slopes before dropping back to normal tomorrow. Temperatures will be once again decreasing on Wednesday as clouds are expected to move in. It looks as though we could get a nice top up of snow on Wednesday night with continuing snowfalls for a few days after. It’s looking like we may end the month on a high note!