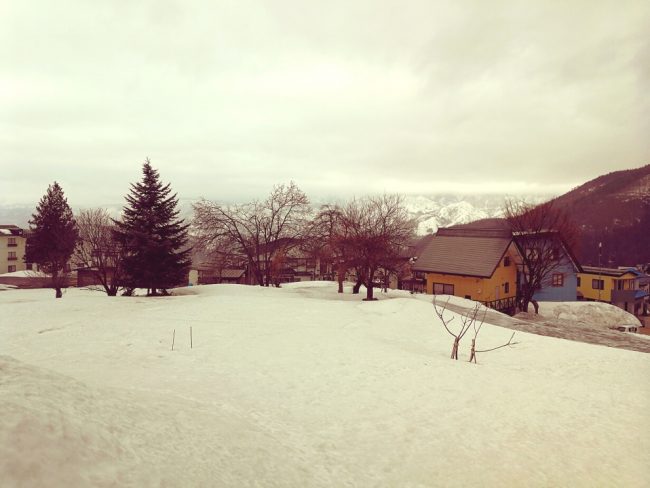 Snow on the Horizon in Nozawa Onsen

Base at Uenotaira station: 180cm

There’s a bit of good news and a bit of not-as-good news today but I’m choosing to view things as glass-half-full. The forecasts tell us we’ll see more than 10 centimetres of fresh snow this time tomorrow at the top of the mountain. There’s also set to be a few cm on the bottom slopes.

Those few centimetres at village level are unfortunately said to be accompanied by some rain. At present, however, it’s so light it’s almost non-existent. Conditions up top are still great to be up on the mountain.

For those who are staying in the village today, don’t let the forecast showers deter you as there is still plenty to do in Nozawa Onsen and surrounds;

Regardless of what today brings the forecast tells us that we’ll wake up to some fresh snow tomorrow. That’s got to be good news! In similarly pleasing news, there’s still a lot more great spring skiing to be had in the weeks ahead. There’s some amazing specials to be had during March and April and not too many people around to share the mountain with!