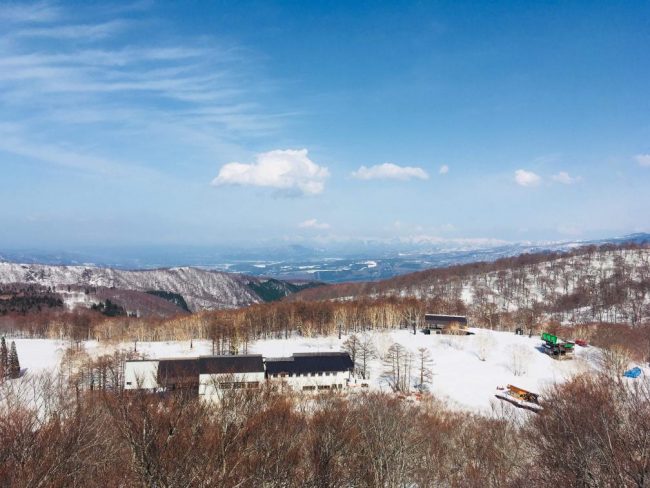 We’re really enjoying some sunny Nozawa skies at the moment. The kicker is that there’s still a healthy enough base up top to be skiing upon too!

Base at Uenotaira station: 45cm

It might be getting late in the ski season but all things considered, it’s hard to complain. The live webcams show an okay base up top to ski on and the weather is really turning it on at the moment. Like yesterday and tomorrow, today has very little but blue skies and sunshine in store. It’s time to break out the t-shirts along with the sunscreen, if we haven’t already.

Assuming the snow that remains up top hangs around, we’ve still got a few weeks left to squeeze in to what’s been a pretty amazing ski season. The resort is set to operate right up until the end of Golden Week on the 6th of May.

Beyond that, of course, the village of Nozawa Onsen transforms into a traditional farming village. While winter remains more popular in terms of visitor numbers, the Green Season is a secret slowly being uncovered. When you think about it, there’s actually more to do in Nozawa during the warmer months. Mentioning yoga, hiking and biking is by no means an exhaustive list. There’s everything from calligraphy to gyoza making classes and beyond. And of course, the onsen are still here!

Check out our guide to the wonders of the Green Season.

Summertime In Nozawa – The Green Season