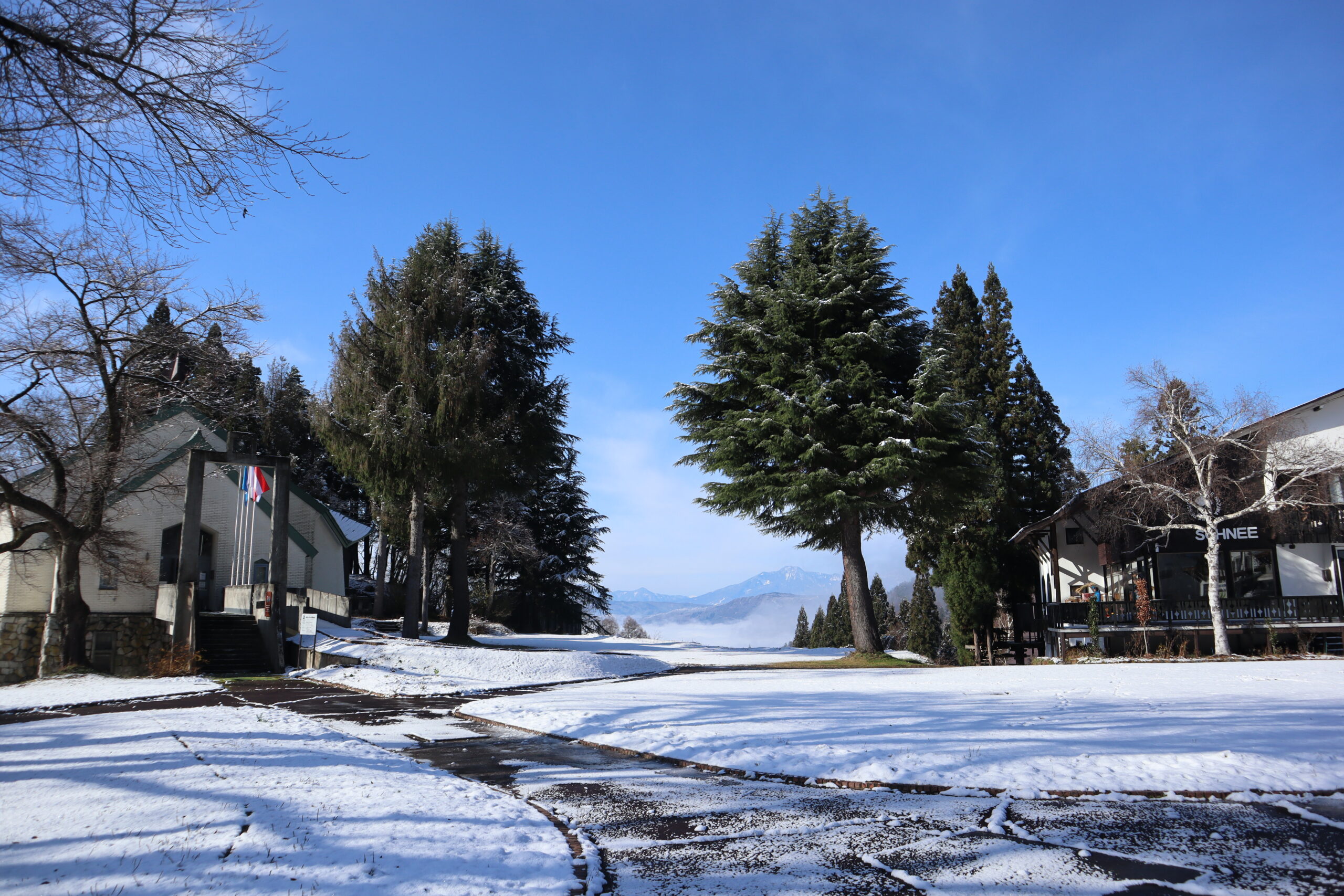 If you’re in Nozawa Onsen already, I recommend making the most of the glorious sunshine today and heading out for a walk. Nozawa winter has arrived!

Although most of yesterday’s snow is melting away, the village is looking picturesque.

Water is trickling from rooftops.

The sun’s heat is turning the white-sugar dusting of snow on the tree tops into snow glitter falling from the leafy branches.

You might be able to manage a ski or board down Hikage, which has a new nice layering of fresh snow. You’ll have to hike to the top of the run though!

Yamabiko looks good on the live snow cams with the new snow up top mixing nicely with the man-made snow.  The snow guns worked hard in yesterday’s below-freezing temperatures.

Kumanoyu opened this morning with 20cm of new snow. It has a 40cm base at the moment, with half of that being man-made snow.

This makes two out of Shiga Kogen’s 18 ski resorts now open, with Yokoteyama having opened earlier in the week.

Looking ahead, tomorrow’s below-freezing temperatures should bring around 10cm of new snow, with another 10cm forecast for Tuesday. 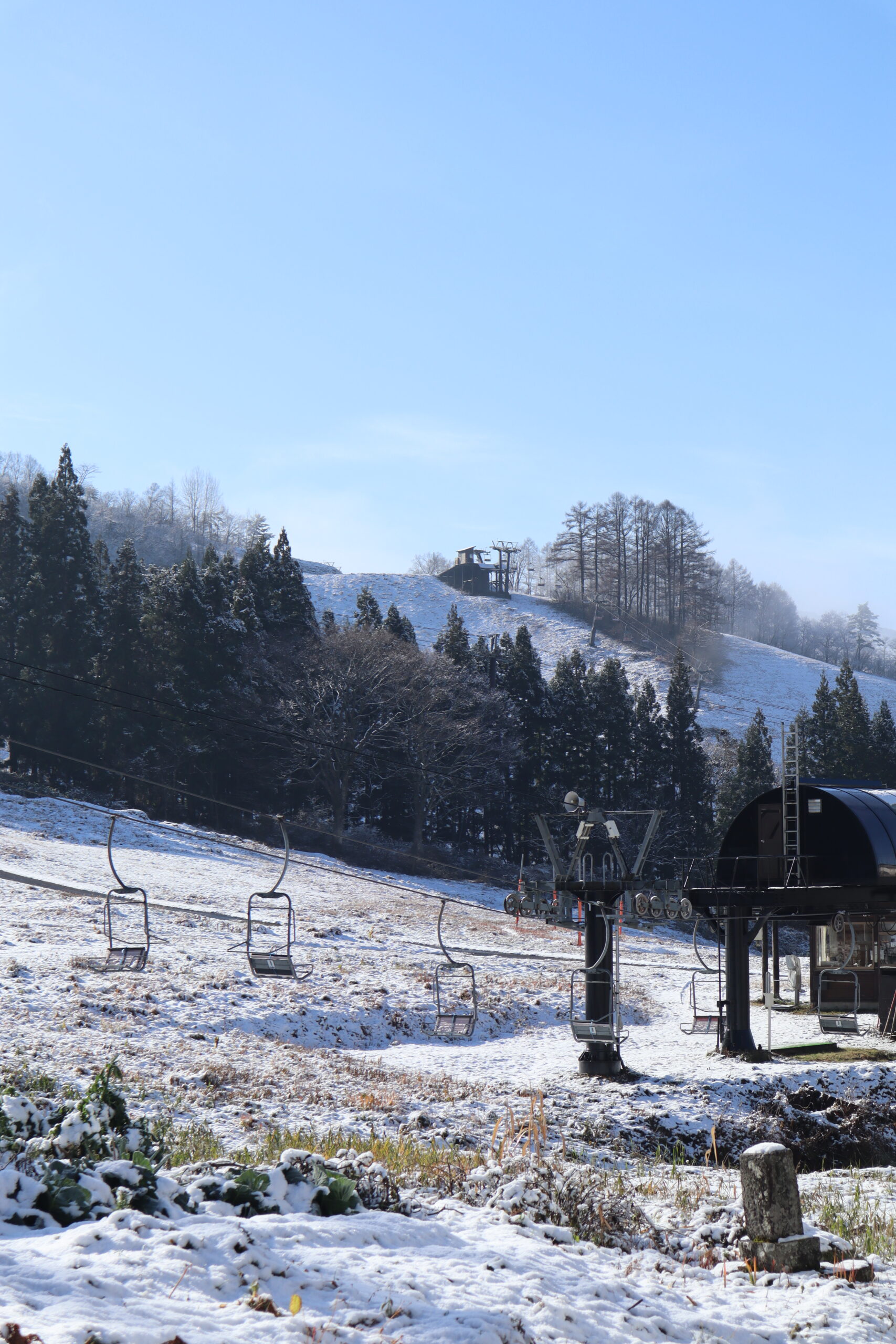 Walking is the perfect way to explore Nozawa Onsen while the roads are still clear from snow.

Wrap up warm, treat yourself to a coffee from one of the local cafes and get some pre-season exercise in.

Now is a great time to enjoy the Onsens as well. With less visitors to the village, the Onsens have been relatively uncrowded.

It’s the perfect way to warm up after you’ve explored the winter wonderland in Nozawa Onsen.