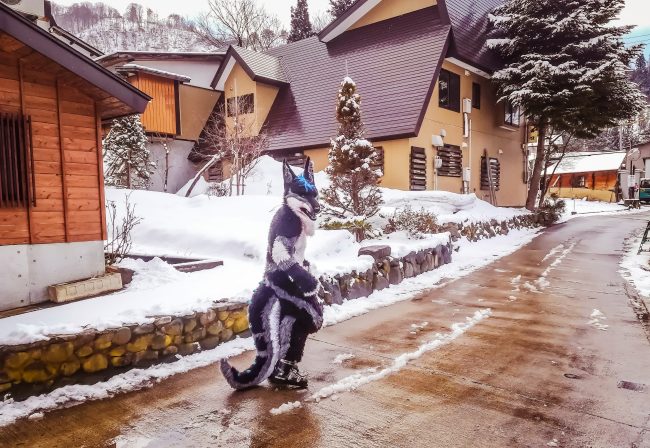 Anybody still unsure why they call March “magic” need only look in the direction of all the fresh snow we’ve seen. Yesterday wasn’t quite the massive sixty-centimetre dump we had earlier in the month but it was pretty awesome nonetheless. After the 15 centimetres, we awoke to, an extra five topped it up during the morning. Everyone was heading to the top of the mountain. Women, men, children, and even the big guy above. Not a bad Sunday, folks!

What can we expect today? Today is likely to mostly concern itself with sunshine. It’s difficult to complain about that on a Monday. Beyond today, we might well see some more snow tomorrow night. Sun will greet us either side of that. Further still, there looks to be something a bit more serious brewing for Thursday and Friday.

If snow forecasting history is any indication, I don’t think Magic March is done just yet! Let’s not get ahead of ourselves though.

What’s the official word from the top of the mountain this morning?

We’re Not Done Yet!

Beyond this month, we still have lots of spring skiing to look forward to. Many are surprised to learn that the resort is typically open until the end of Golden Week in early May. This year’s edition of Golden Week is a special one. Given there’s more than a month left in the ski season and some deals to be had, it might be a little early to look forward to the Green Season …but let’s do it anyway!

There’s a burgeoning summer scene in Nozawa and it’s one we’d love to introduce more people to. That’s why we put together a deal that means spending a month in Nozawa Onsen over the Green Season is cheaper than renting at home!

Check it out below.