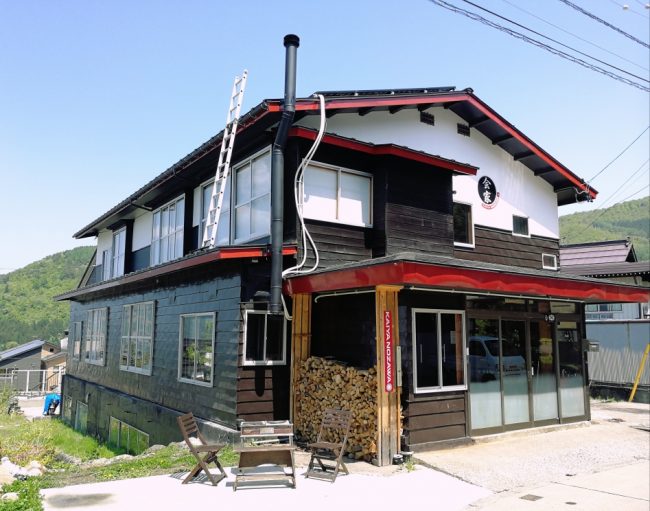 Nozawa Onsen already owns its place on the adventure map for people over the winter season. The village sees skiers and boarders from all over the world visiting from December through April. Once the Green Season starts, things slow down but the charm of the village remains. The snow, skiers, and boarders are gone but many will tell you there’s more to do in the summer months!

You can get to Nozawa Onsen in just 2 hours from Tokyo and immerse yourself in a traditional Japanese farming village that is both accessible and yet, truly authentic.

Kaiya Nozawa is a traditional and very welcoming lodge. Just 50 metres from the mountain, it’s a favourite during the ski season, but its location also means it’s perfectly situated to get the most out of summer, with onsen, hiking trails, and the centre of town just a short stroll away.

We have some great, wallet-friendly accommodation packages at Kaiya Nozawa for the 2018 summer.

Feel free to drop us an email with any enquiries at kaiyanozawaholidays@gmail.com

Some of the things to do during the Nozawa Onsen summer include;

When the landscape turns from white to green, Nozawa hosts an array of pursuits both physical and relaxing. We should probably start with our meditation and yoga retreat. The retreat is becoming increasingly popular with class and accommodation packages as pleasant for the bank account as they are for the body and mind.

There’s a burgeoning mountain bike scene in Nozawa Onsen. The terrain and natural beauty of the area are starting to attract both amateurs and pros. As such, the main Nagasaka Gondola will be open from 7th of July through to the 26th of August this year, so you can jump on and ride to the top, then cruise down either the roads or the purpose-built tracks.

From May to November, the road to Shiga Kogen is cut through the winter snow and makes for a great ride with barely a car in sight.

Akiko Sensei will be running both gyoza cooking and calligraphy classes for those who want to take a uniquely Japanese skill home with them.

She looks forward to sharing her love and expertise in both during the Green Season here at Kaiya Nozawa.

Let’s not forget that what has attracted Japanese people to Nozawa for hundreds of years is the onsen themselves! They are, of course, still open and free throughout the summer season. In addition, the fresh food, traditional festivals and everything else that makes Nozawa Onsen such a charming place to visit is still here waiting to be discovered during the Green Season. The bonus is that there are fewer people around at this time of year, and there’s even summer skiing!

With an ever-increasing number of people visiting Japan each year, it’s an absolute pleasure to be able to share the real Japan with visitors to a place like Nozawa Onsen.

We look forward to seeing you soon!